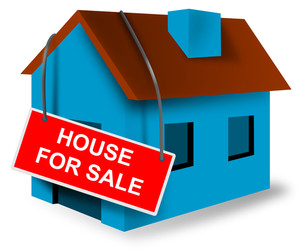 While the public auction method certainly costs the seller both financially and emotionally, the buyer is also deceived. Transparency only applies on auction day. During the lead up to a public auction, the lack of transparency of the process makes it difficult for the property buyer. Every weekend, Australian buyers are placed in this position, convinced by agents to spend valuable resources on a property they have no hope of buying.

The most obvious is exactly the same as with the other no-price methods we’ve seen. Initially told they will achieve a high-price, sellers are then educated to a far lower price during the auction period.

The public auction period is generally around 30 days from when advertising starts until auction day. This education period relies heavily on the agent’s activity, which notably includes the highly visible and expensive advertising program (paid for by the seller).

All the same methods and deception involved with the other no-price or low-pricing strategies apply to a public auction campaign, but they are intensified under the blowtorch of high upfront costs and a tight deadline.

The agent will have a series of meetings with the sellers, culminating in a final meeting on auction eve. At this meeting, the agent uses all their available evidence to convince the owners to set their lowest acceptable price as the ‘reserve’. The lower it is, the better the chance of a sale. Often, the reserve is significantly below the price indicated to the sellers at the time of listing.

The reserve price will often convert to the sale price at auction.

At public auctions, bidding habitually starts low. Buyers such as Stuart and Shona, attracted to the property by deception, always get to hear a ‘pacifier price’ that is an acceptable price to them – even if it’s only briefly.

As the owner also hears the lower bids, the final part of the education process begins. Until bidding reaches the reserve, the property is not on the market. Even the highest bidder doesn’t purchase the property – hence the term ‘reserve’.

If the property doesn’t reach the reserve price, it doesn’t sell. When that happens, the owners are pulled aside by the auctioneer and the agent, and under the pressure of the crowd are forced into a decision to sell or not.

Jeremy put his investment property to public auction. Promised ‘at least $290 000’ at the time of listing, he was educated down to a reserve of $250 000 by auction eve. The next day, bidding started at $150 000 and eventually climbed to $230 000, where it stalled. Jeremy was pulled aside by the auctioneer and agent and encouraged to ‘put the property on the market’ – that is, reduce his reserve. It would stimulate bidding, he was told, and if not, that was as good as the price would get anyway.

‘They put me under all sorts of pressure’, said Jeremy.

Jeremy held out and didn’t reduce his reserve. He went on to list with another agent and sold for $270,000. ‘I would owe the bank a lot more if I’d crumbled under the agent’s pressure’, he said.

The atmosphere builds on auction day. Agents and auctioneers use the crowd, the bidders and the deadline to create so much pressure on the sellers that it’s hard for them to resist reducing the reserve.

Once a seller agrees, the highest bid becomes a potentially winning bid if, as repeatedly happens, there are no further bids. It becomes the sale price. Agents claiming a success because a property sold at or above reserve is ridiculous. A property simply can’t sell below the reserve during a public auction.

Sign up to receive the our monthly newsletter, straight to your inbox